The first week of the second half of Susan’s summer in France.
The center event was the heat wave that struck France and the Paris area.
Over 105F (41C) Paris all time highest temperature ever recorded here.
Beside, few real events to report.

Even though we do not have an access to an airplane, we paid a tribute to aeronautics at the Flying Museum of la Ferté Alais. 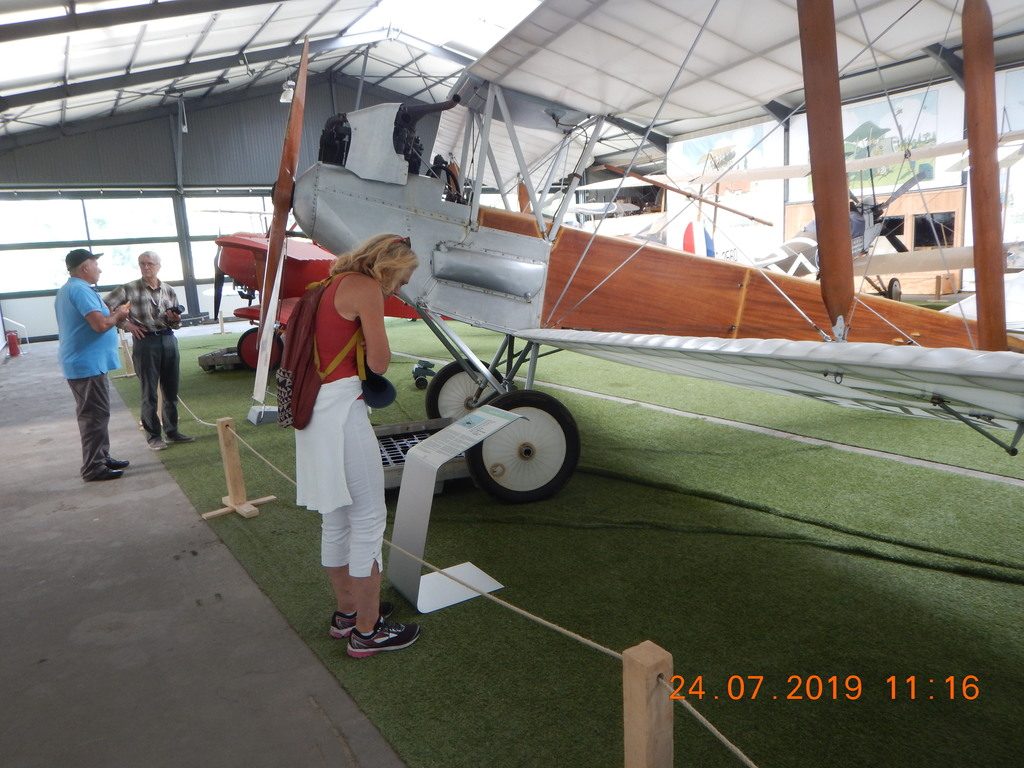 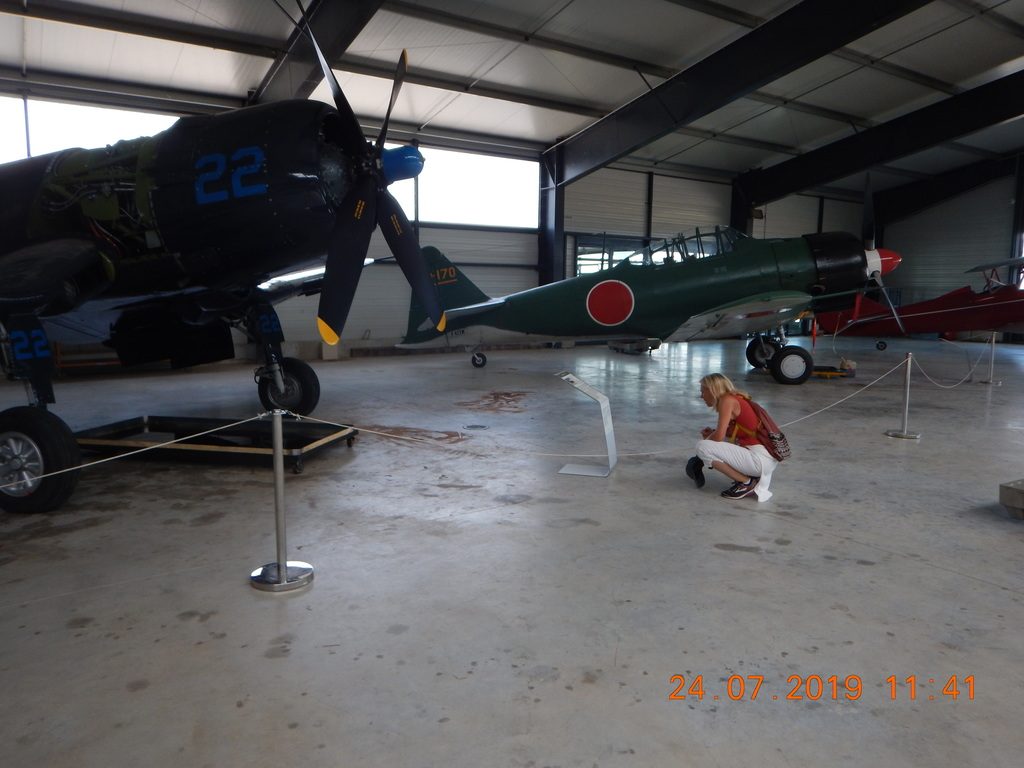 Here a Corsair and a Zero, the two beloved enemies on the Pacific front during WWII. 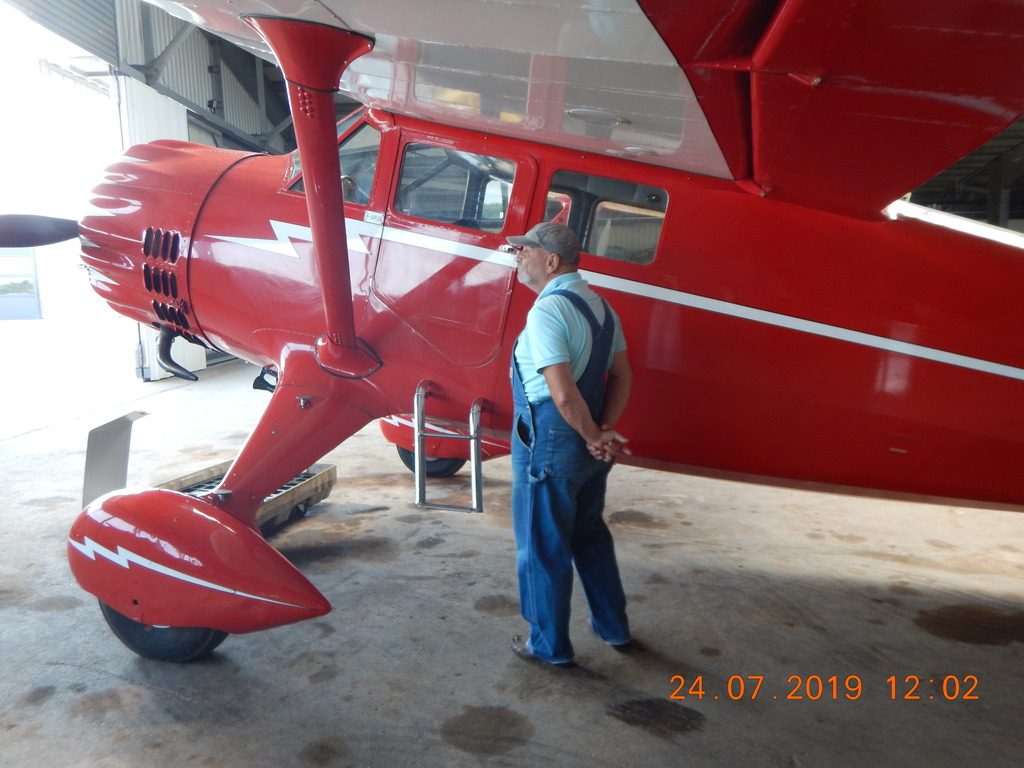 Here a luxury airplane. Al Capone owned one, may be I should too. 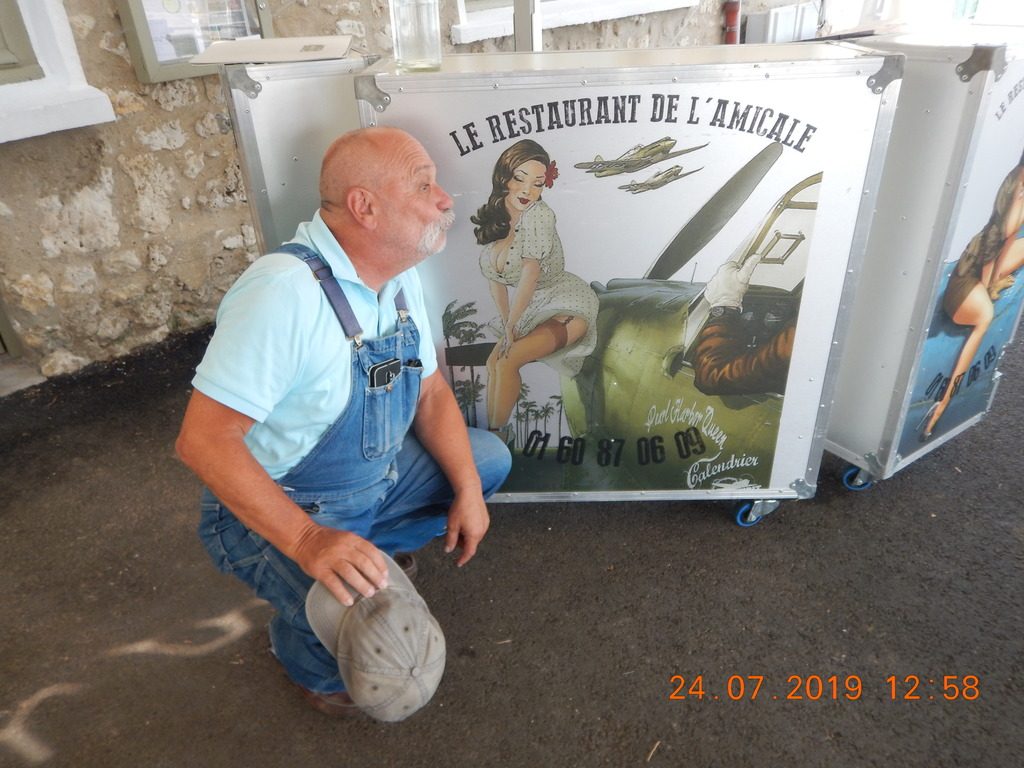 Before leaving the field, I had pay a tribute to the beauties present on the field. 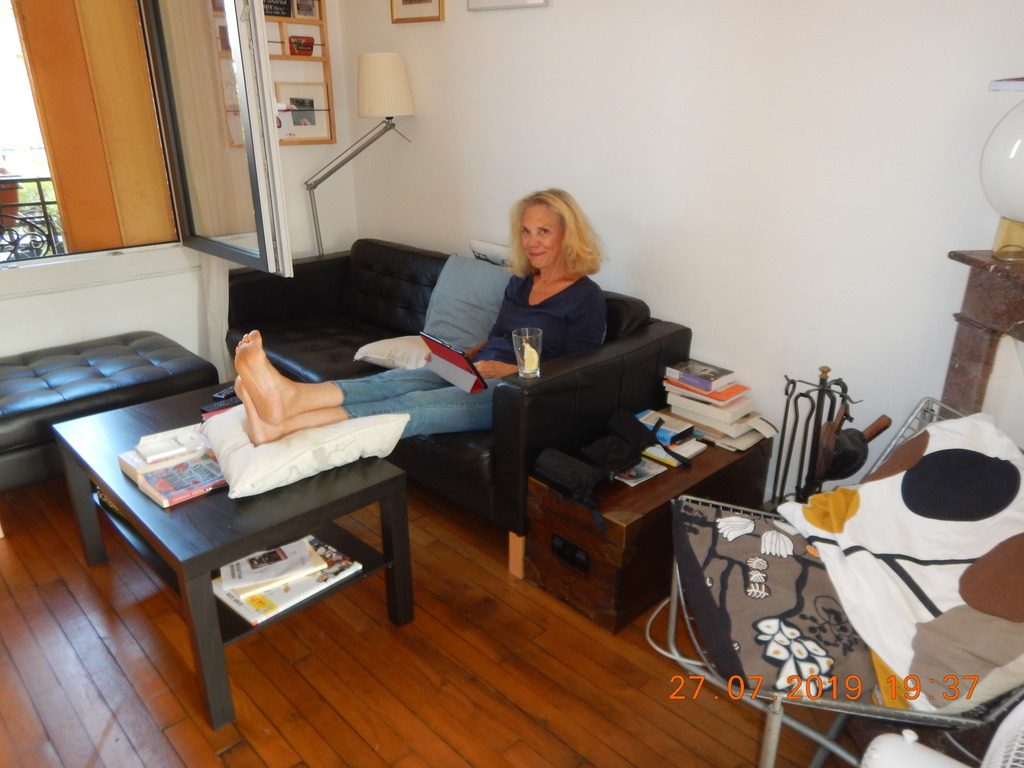 We left my future house in Nozay to settle in my daugther’s house in Bourg la Reine.
This enables us to visit Paris with shorter rides. 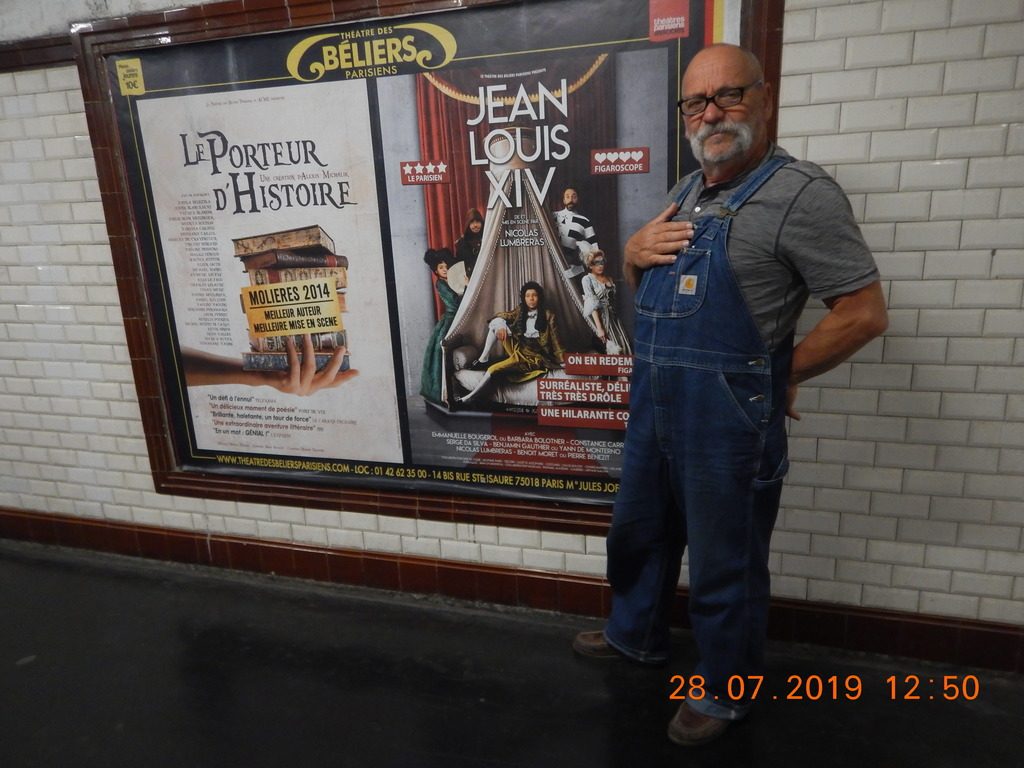 Even though we travel incognoto, a theater play tells my adventures. 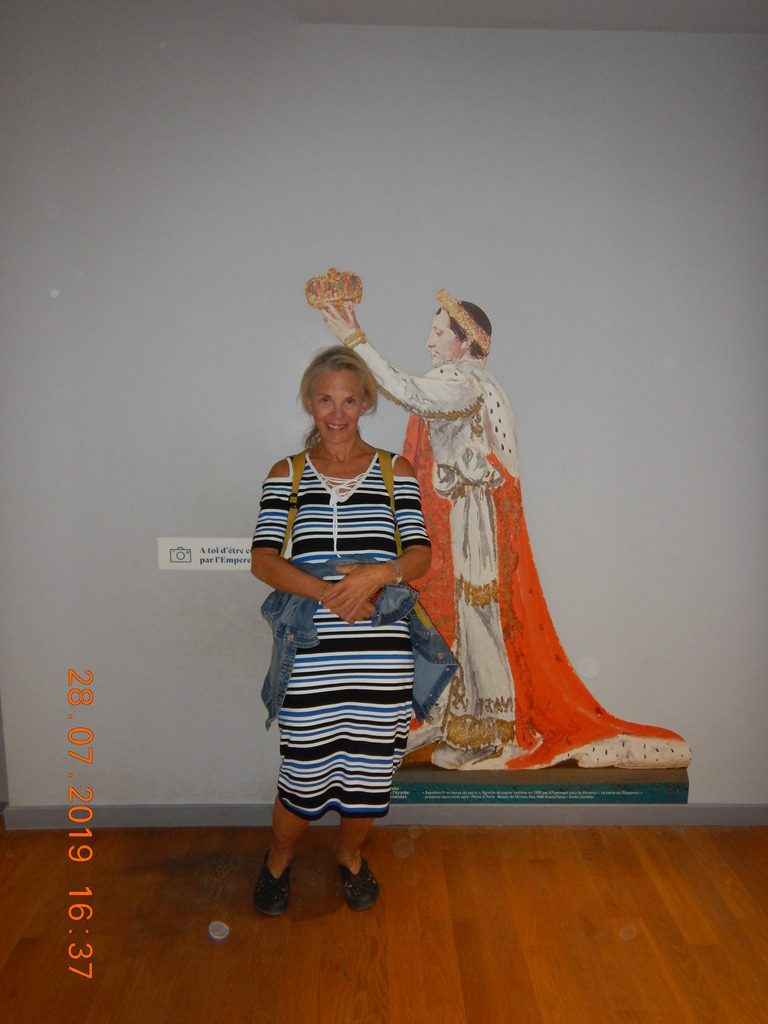 Ok I might be the King, but Susan is now crowned by Napoleon I.
She reaches a step beyond. I am jealous. 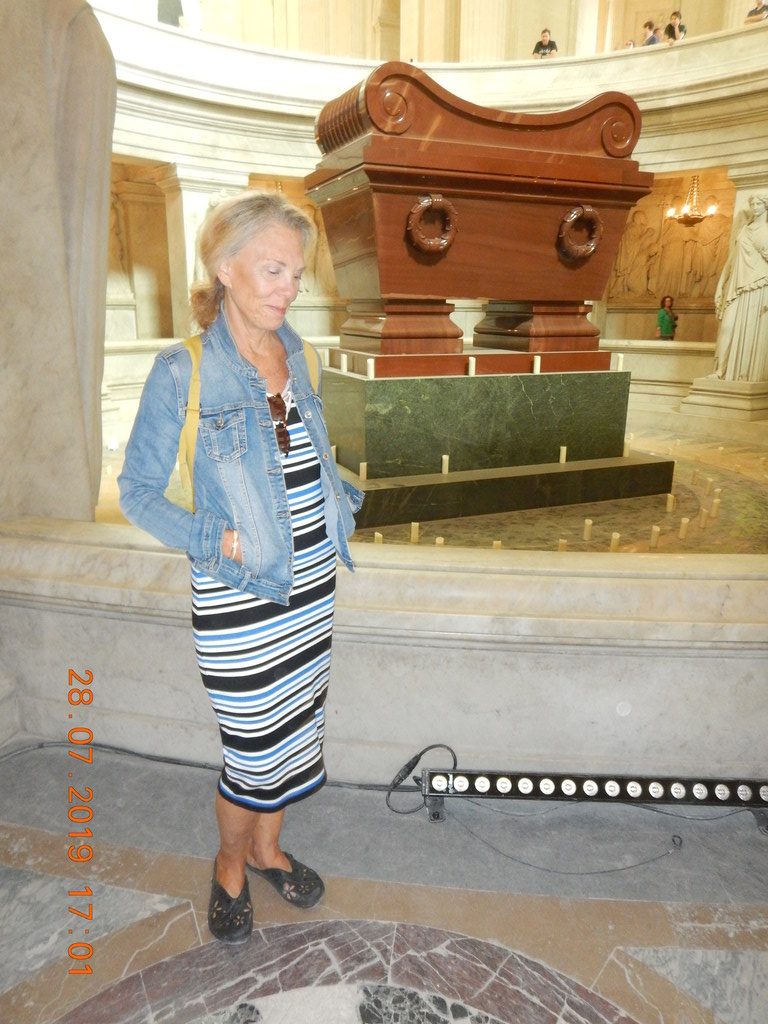 After being crowned by Napoleon himself, she successfuly burried him and made the following remark;
« What a huge coffin for such a little big man ». 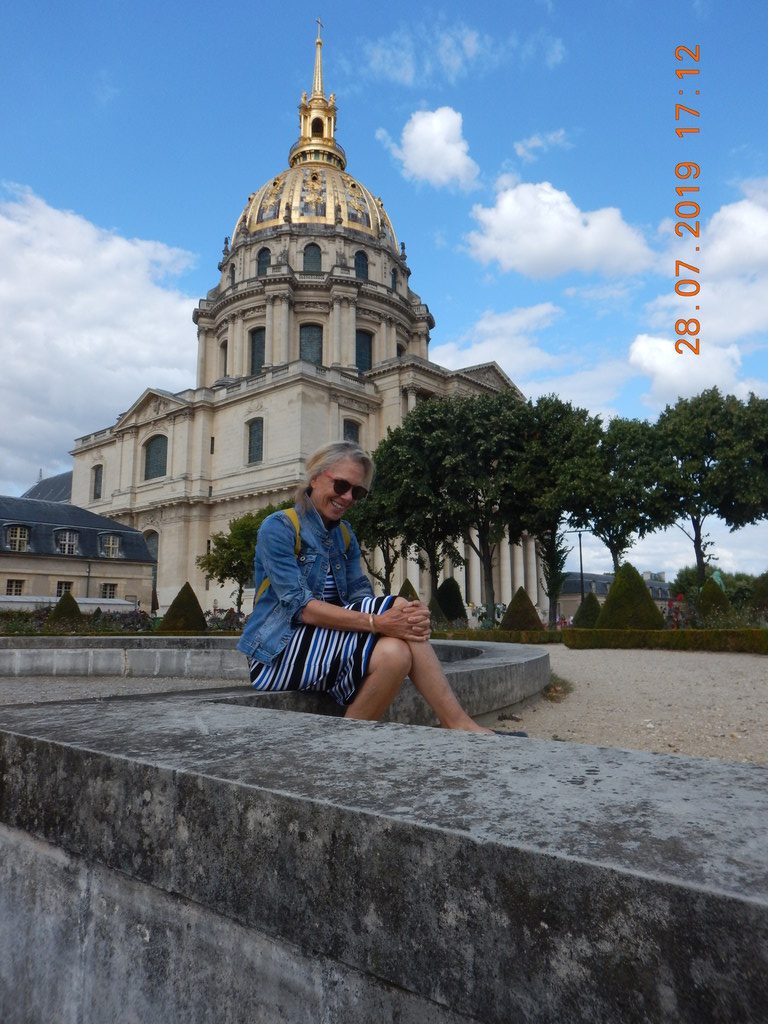 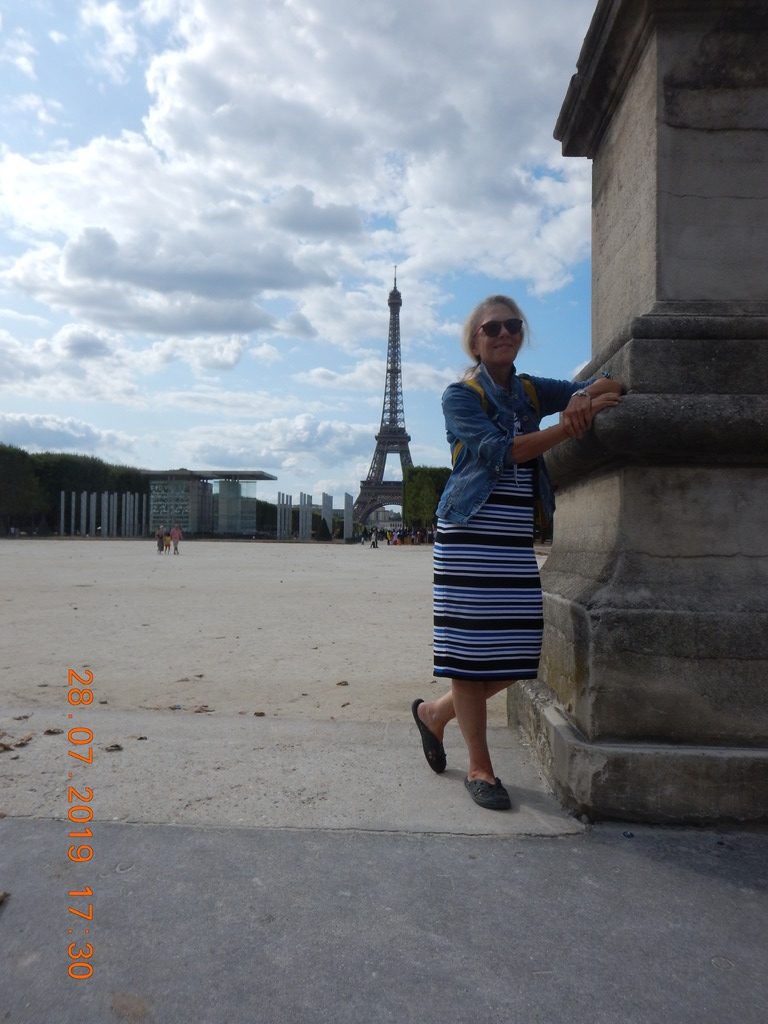 Later we walked to the Ecole Militaire for the view on the Paris Penis.
Do not be scared, even children can look at it. 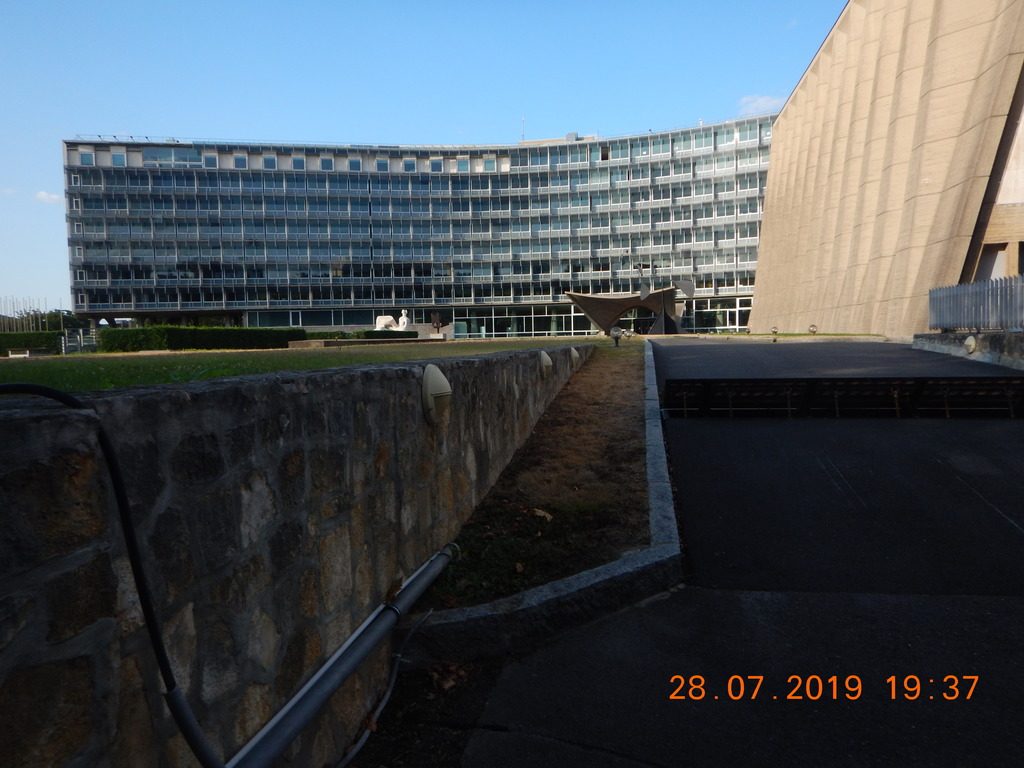 After dinner, we walked back to the Metro station.
A superb view on the Calder’s mobile in front of the UNESCO building. 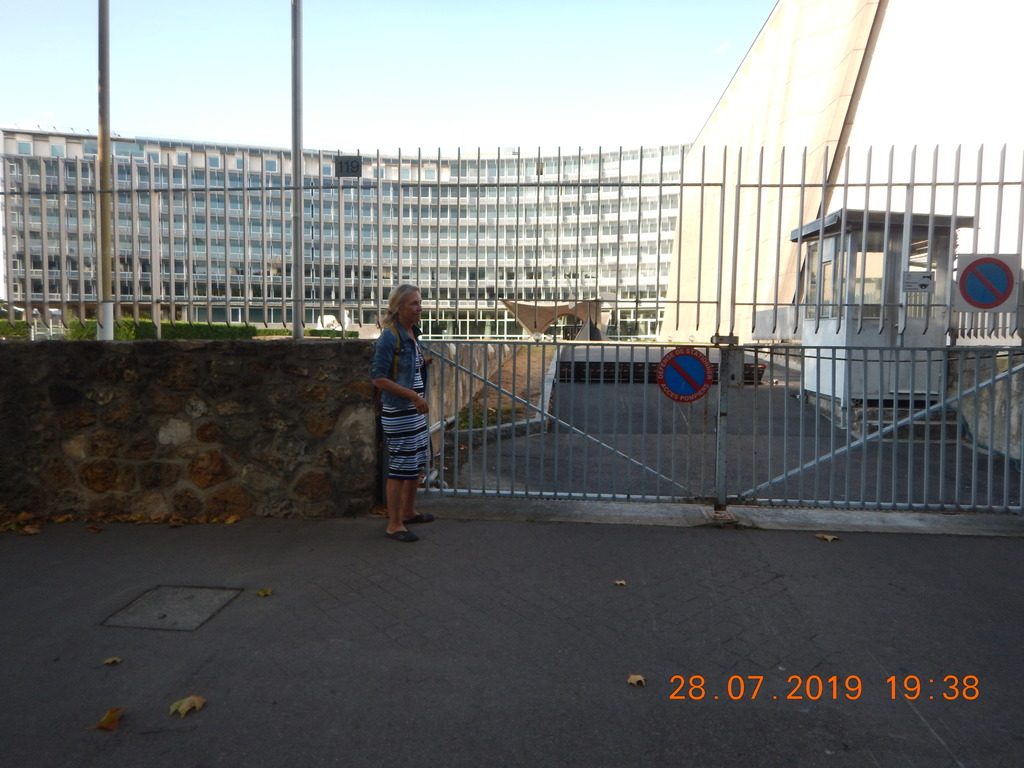 Unfortunately, paranoia forbids a free access to a world treasure paid with our taxes. 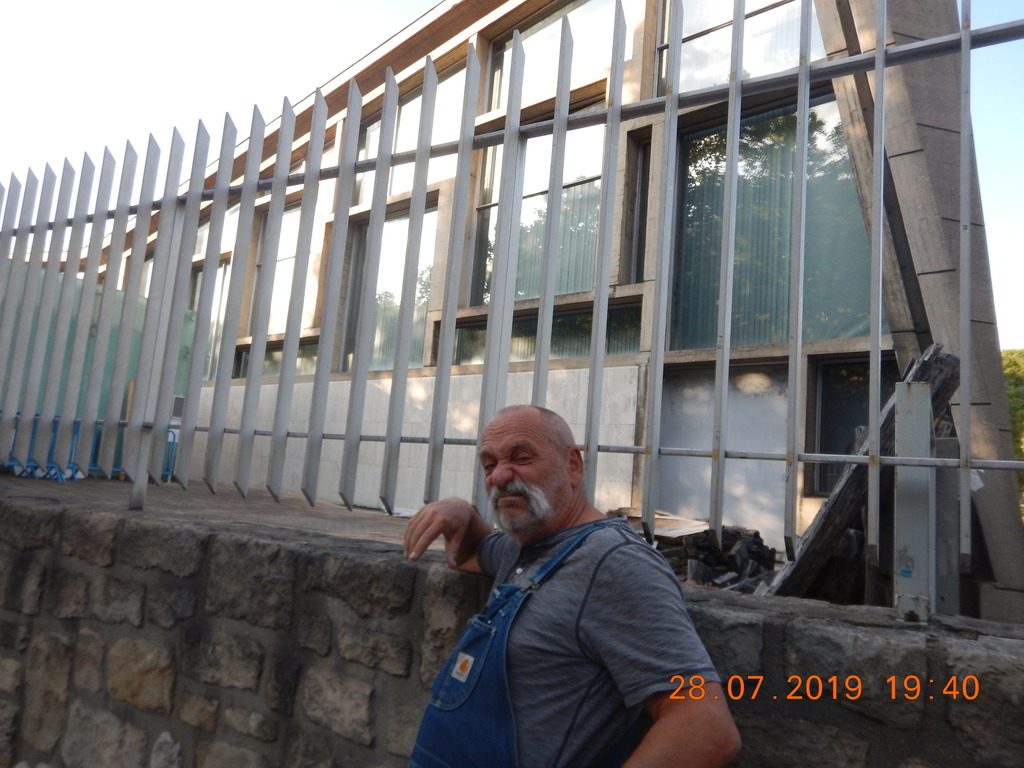 Here I hoped to share with you another le Corbusier piece of Art.
Nope. Forbiden. I am disgusted.
Let’s return home, I mean Bourg la Reine, not Fort Lauderdale.

Bye till next week.