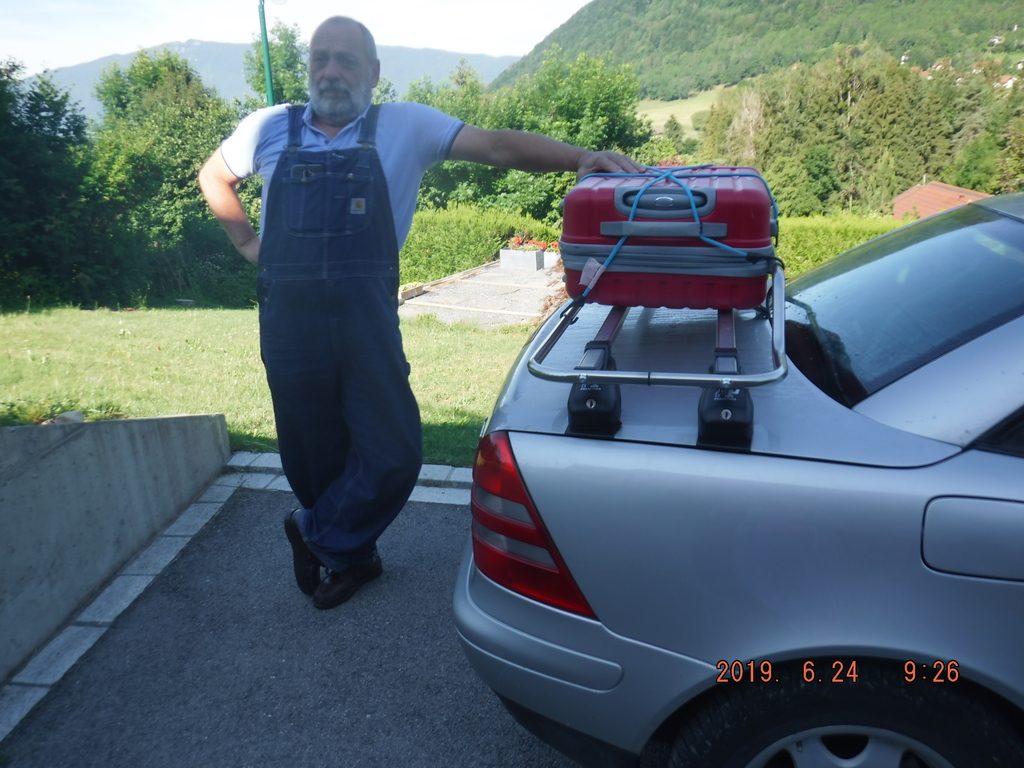 Car is loaded, driver and passenger ready for a late afternoon arrival in Orange. 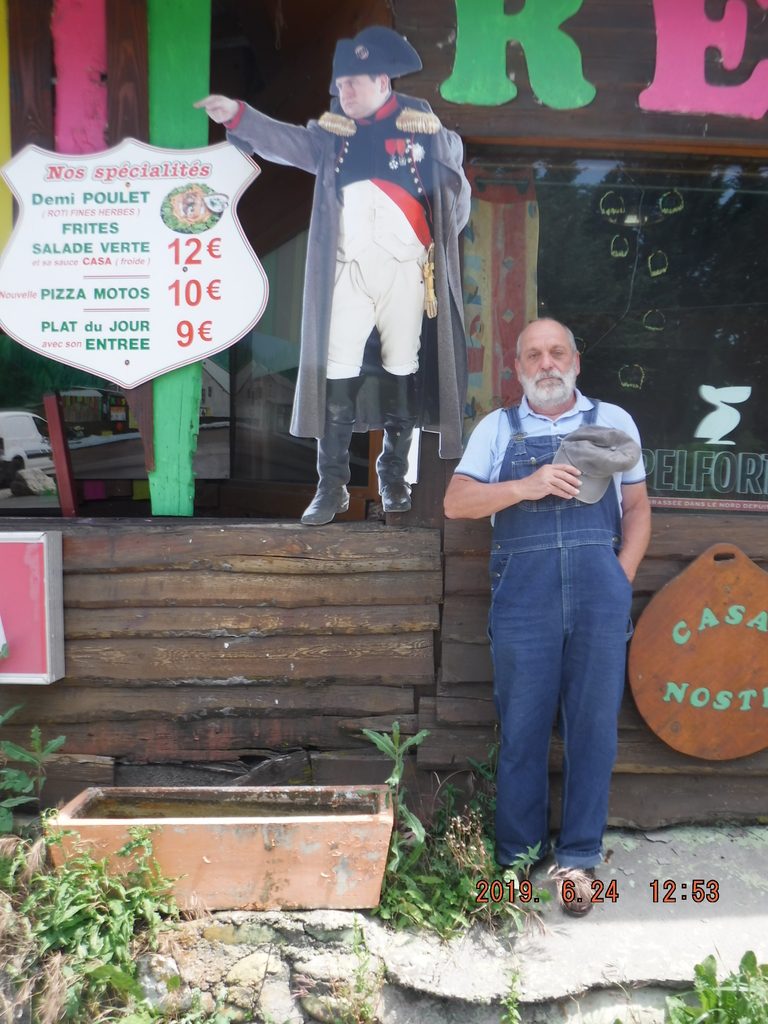 The route Napoleon is on the way, so are the small restaurants using History to promote their menus. Respect.
Made it to Orange before dusk and had diner at Barbara’s restaurant the Peperoncino 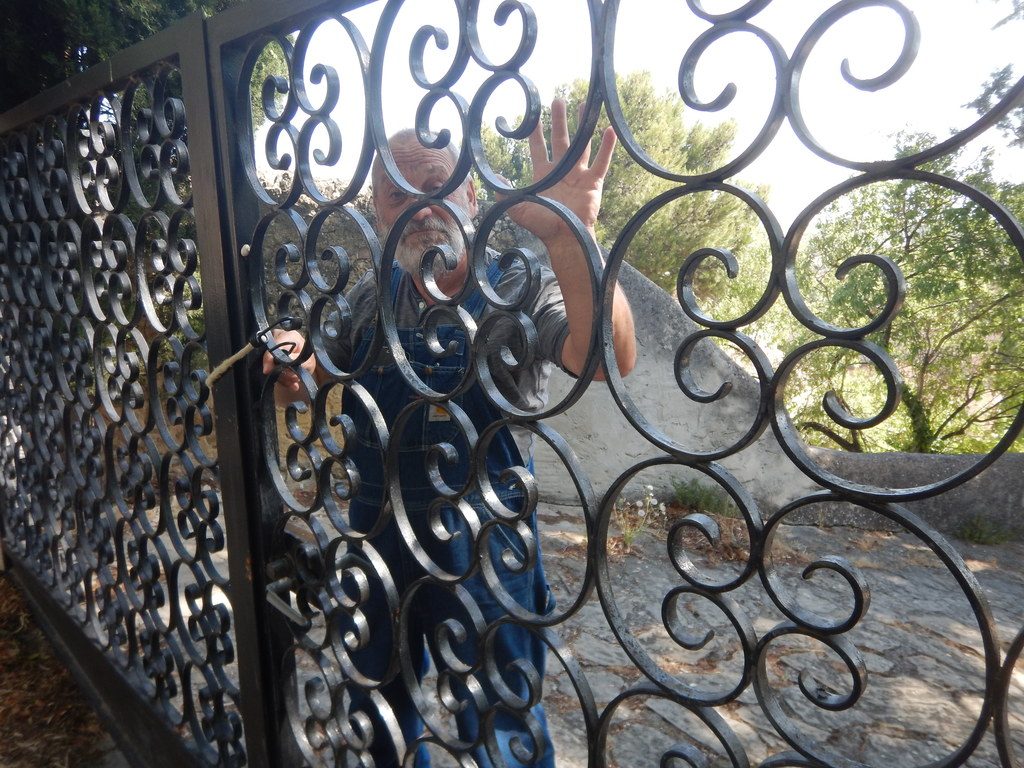 After a short week spent in the heat wave that struck Orange, we leave the house for the last time. On July 11, the property will be handed over. En route to our destination, Carcassonne, harrassed by the heat, up to 43 (Celsius) we stopped in Quillian for a refreshing salad. No wine today! 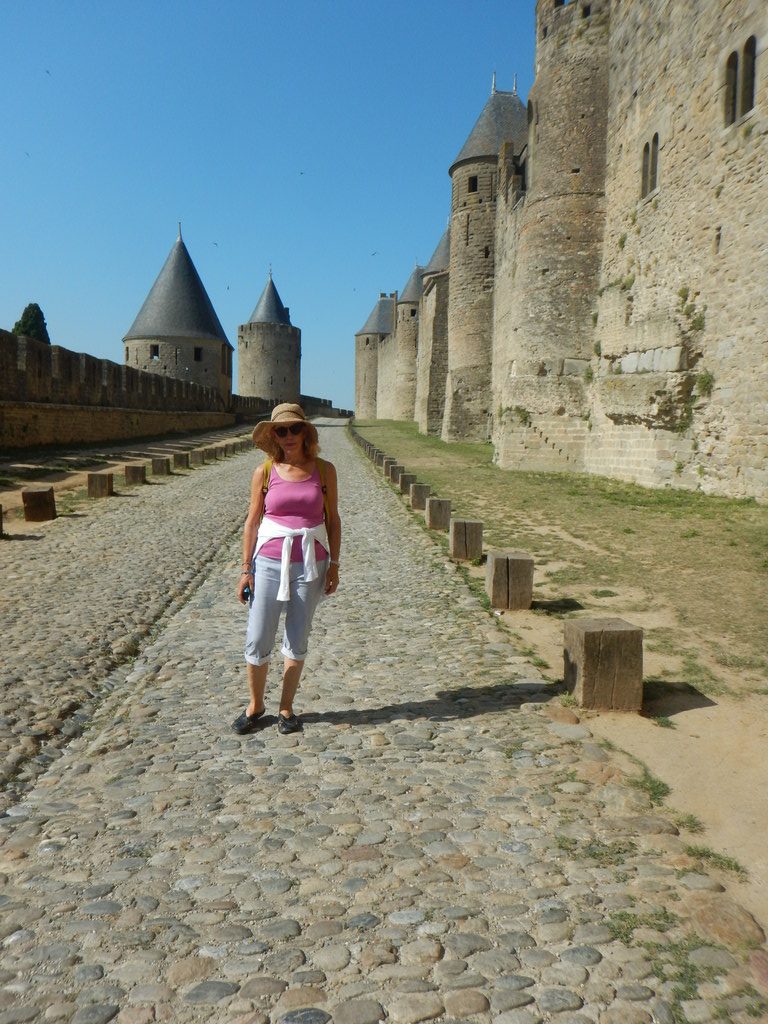 Carcassonne, a total rebuild of ruins left behind. Looks like a Walt Disney set up. As a matter of fact, the structure of the « Sleeping Beauty » castle was inspired by Carcassonne. 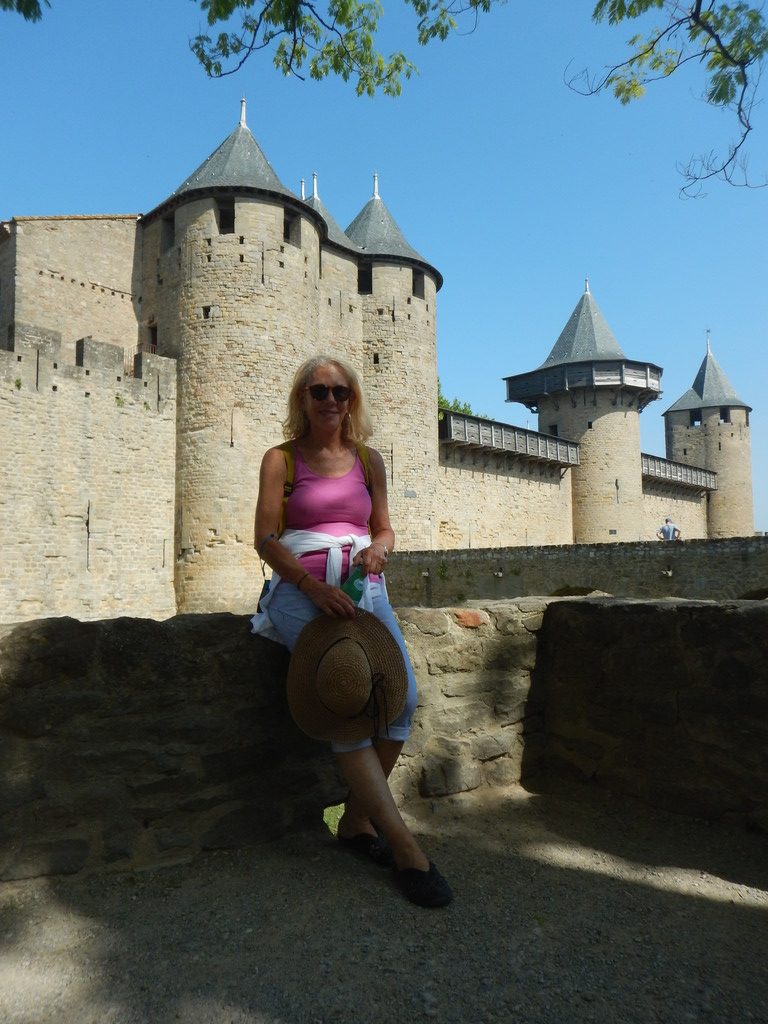 What Disney did not know was that the the Sleeping Beauty was not sleeping. 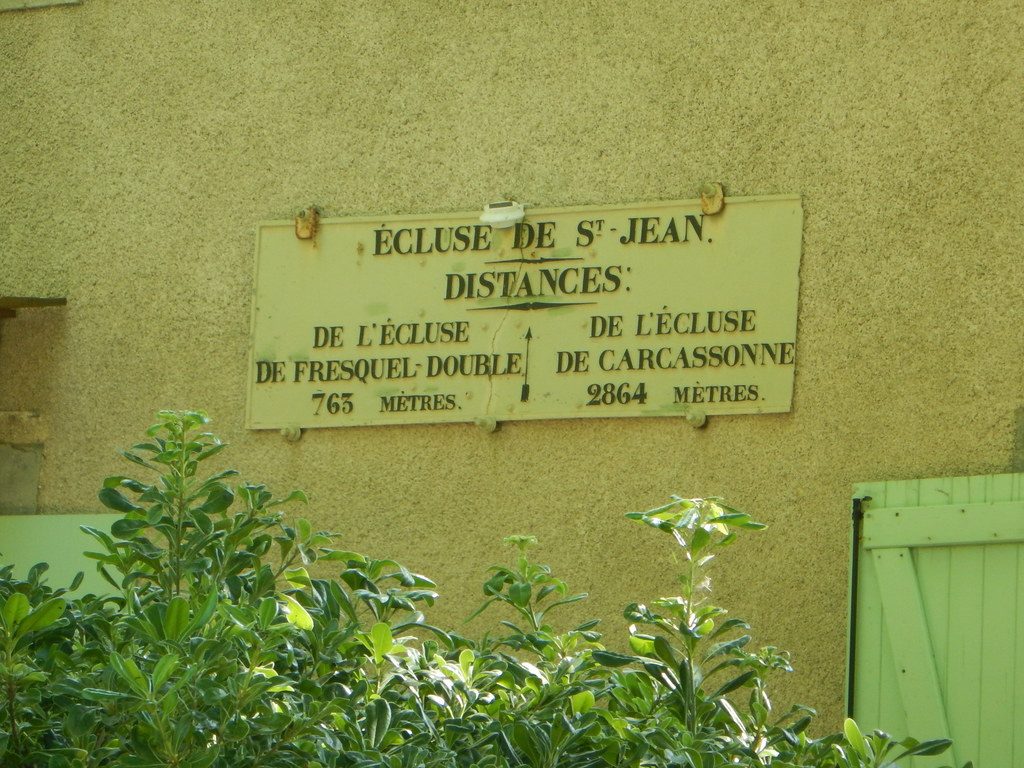 As we crossed the Canal du Midi, we stopped at one of the locks. A house boat on her way to the Mediterranean gave us the demo on how a lock is operated. 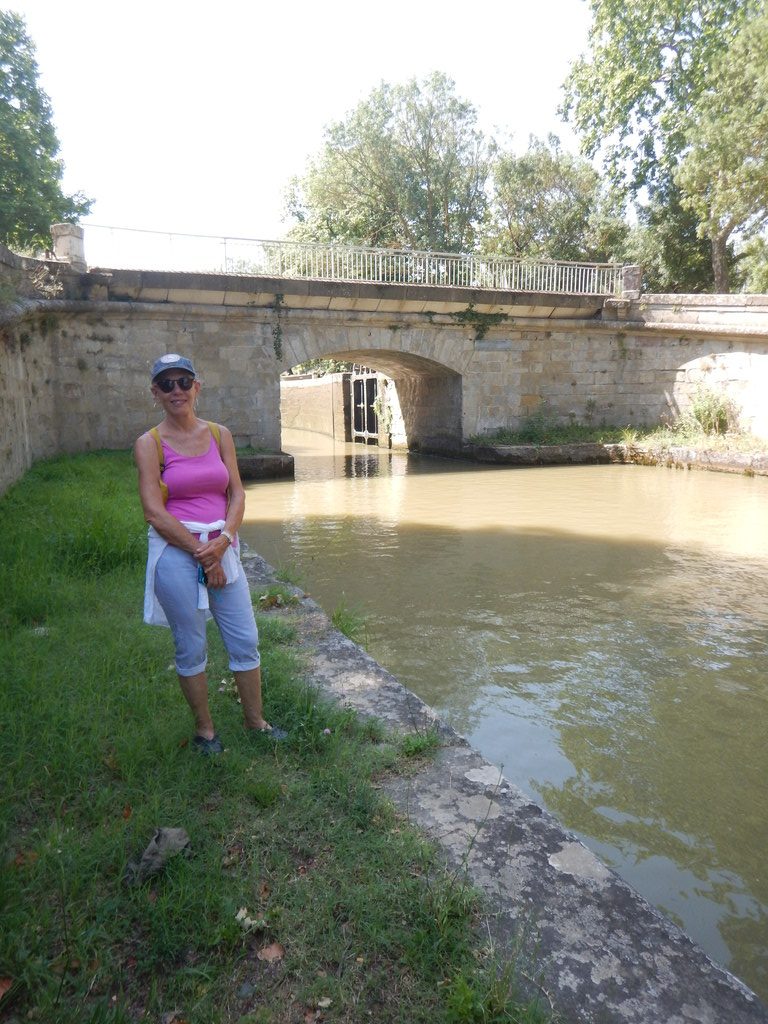 Behind the lock, a 4 centuries old bridge. 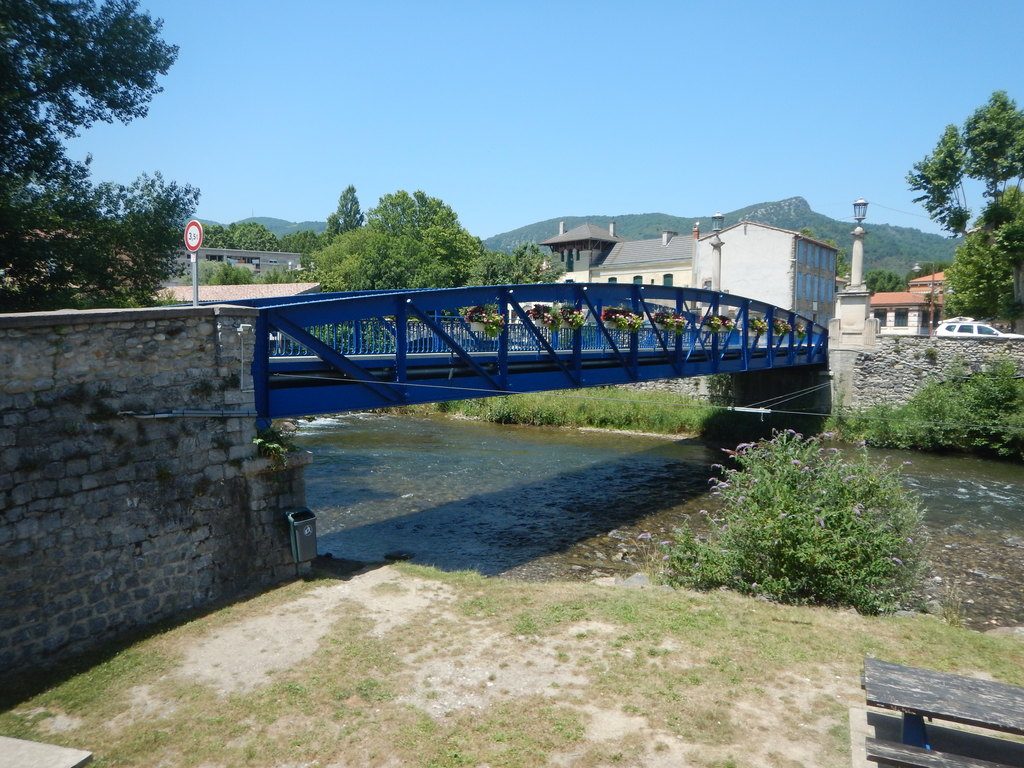 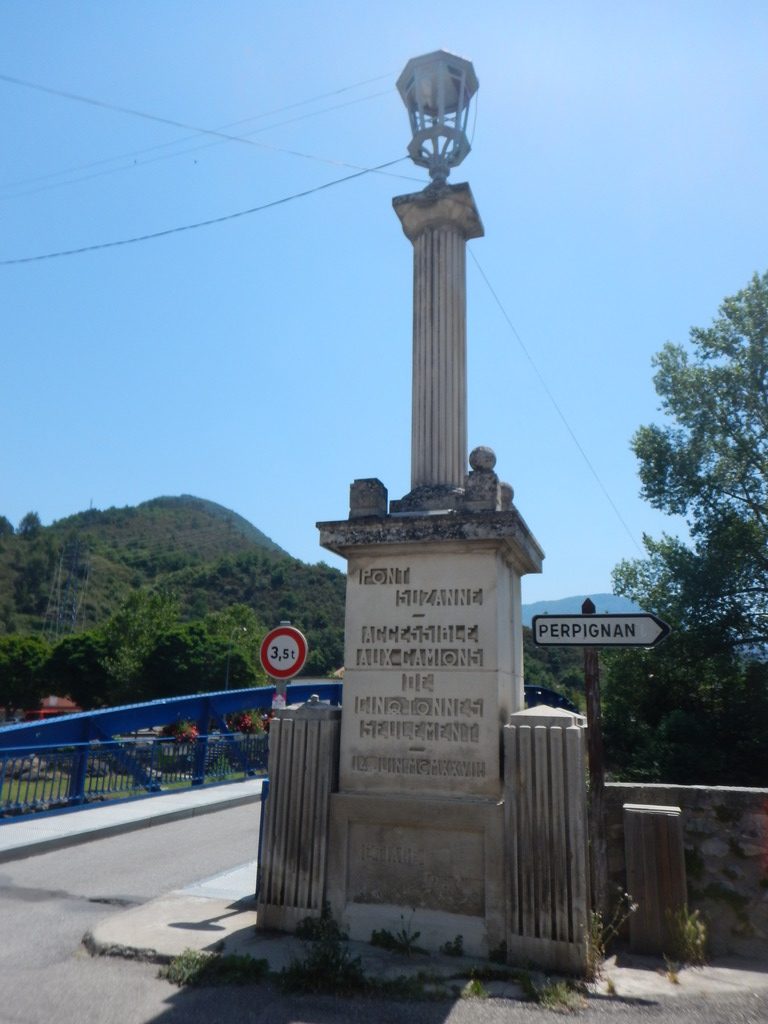 1- The bridge was built by Eiffel, the father of the Eponyme Tower.
2- And now Susan has a piece of property named to honor her presence somewhere in the South of France. 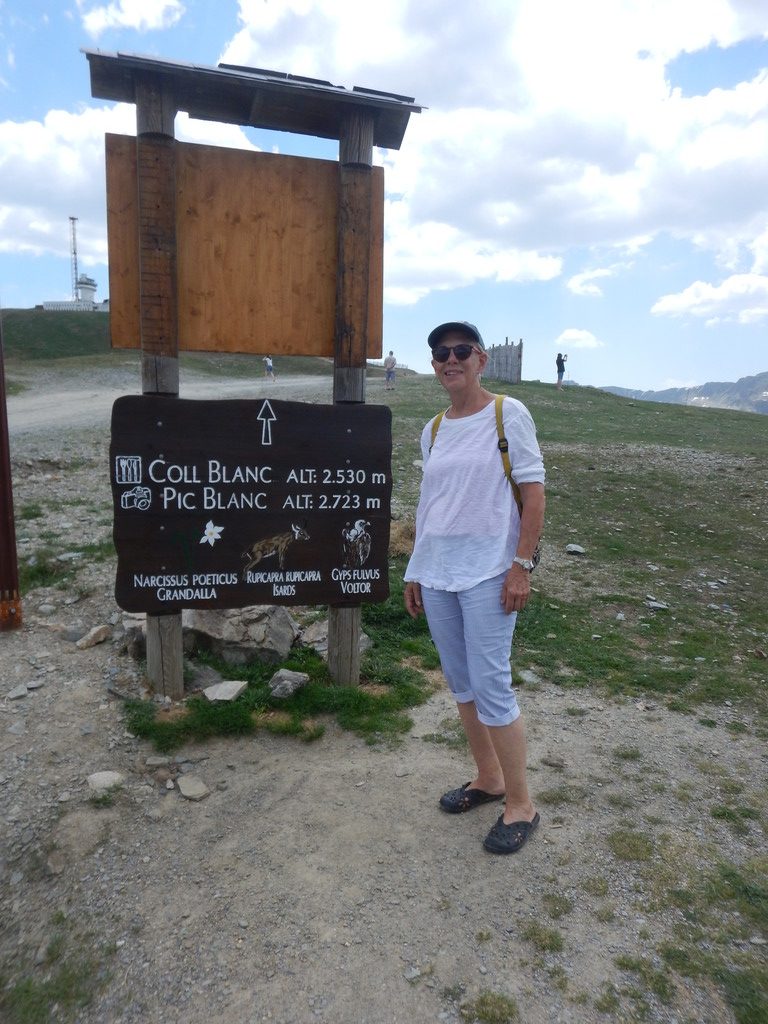 Almost arrived to our destination, the last pass rises to 7500 feet. 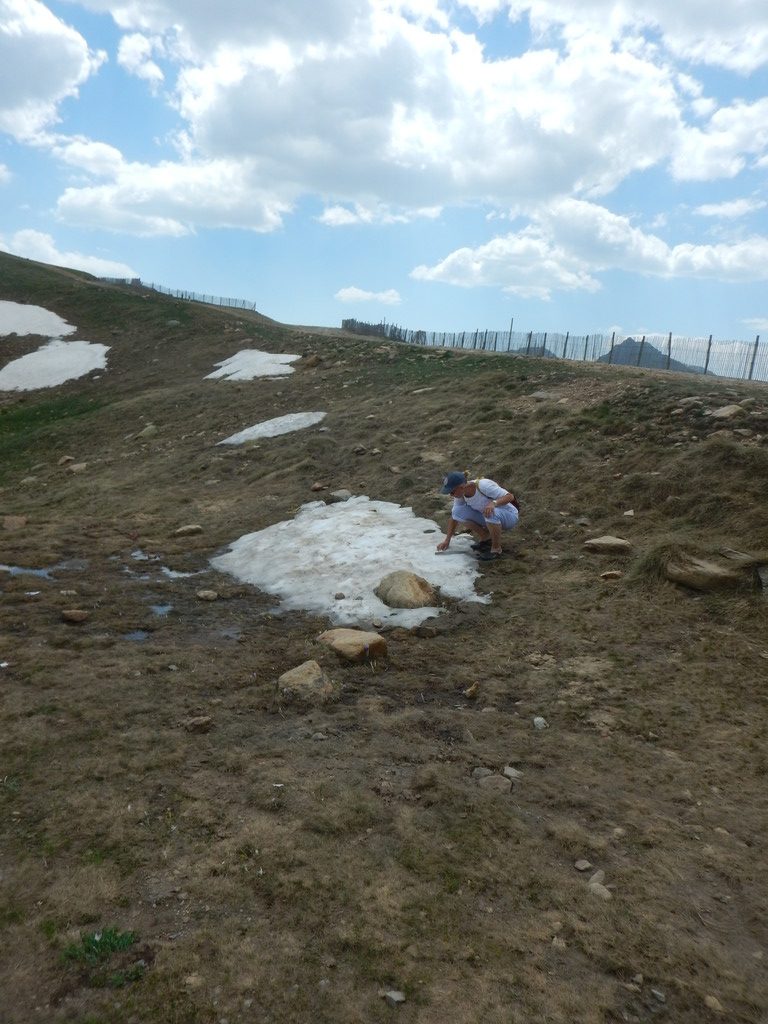 No this is not plastic pollution, this is real snow. Susan could not escape the moment. 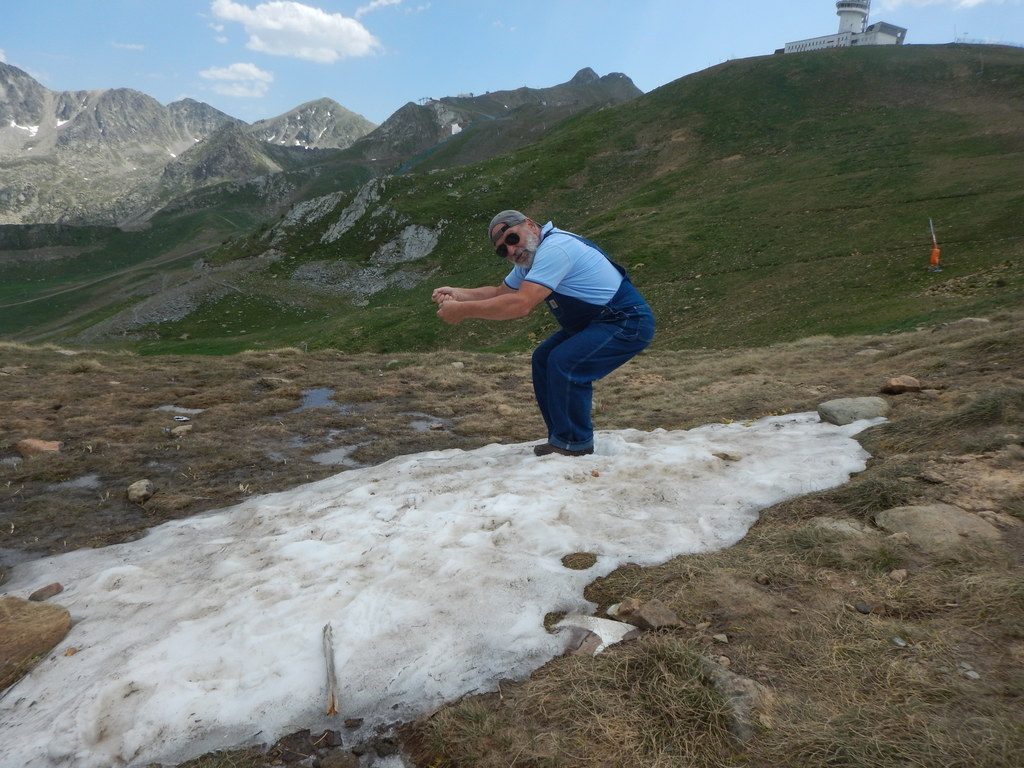 Neither did I for a short down hill run. 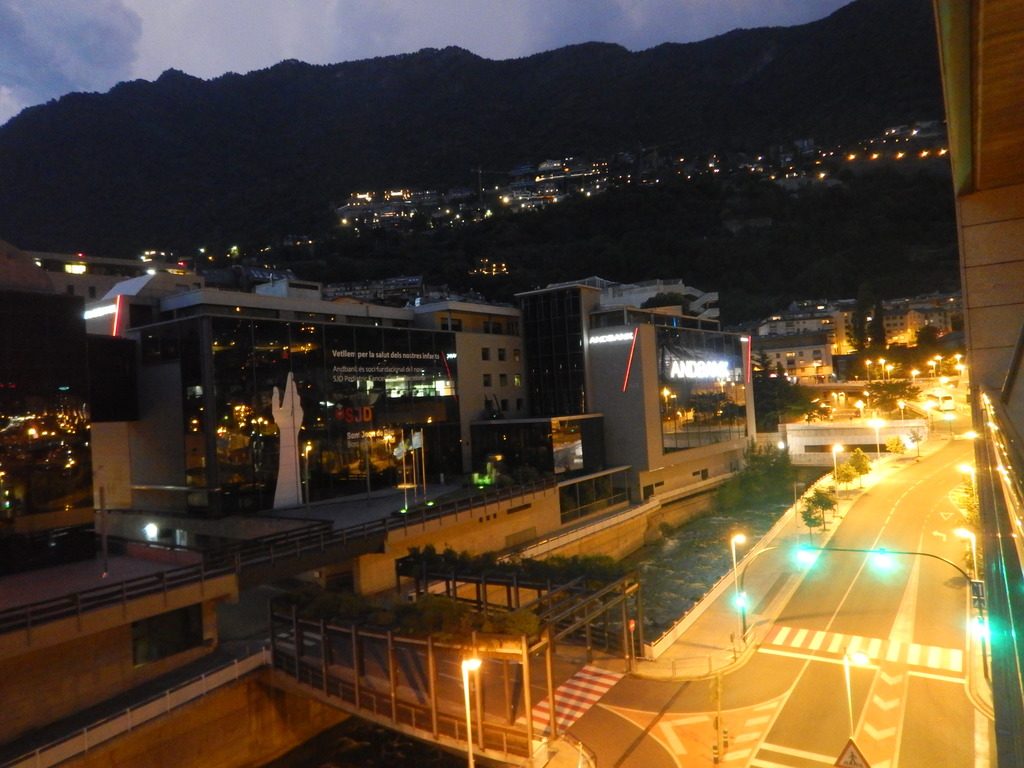 And finally, the reward of a nice evening diner with my long time buddy, Claude. 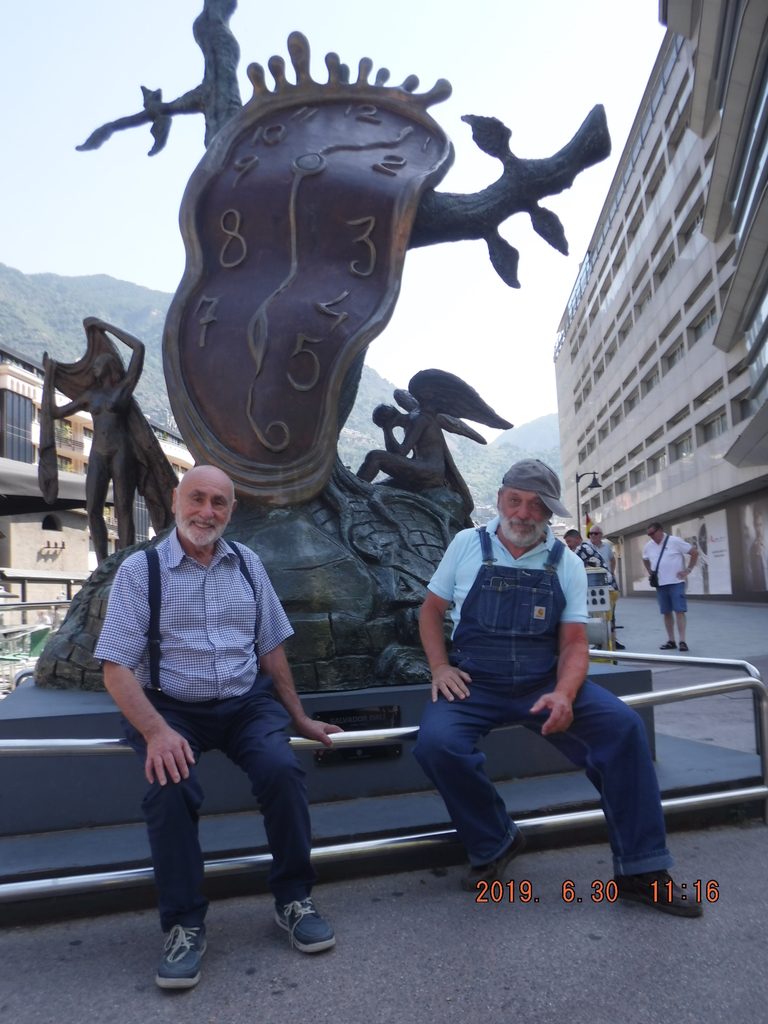 Shopping in the city of Andorra la Vella, ready for a piece of art Street lifting. Did not do it, too heavy for my car. 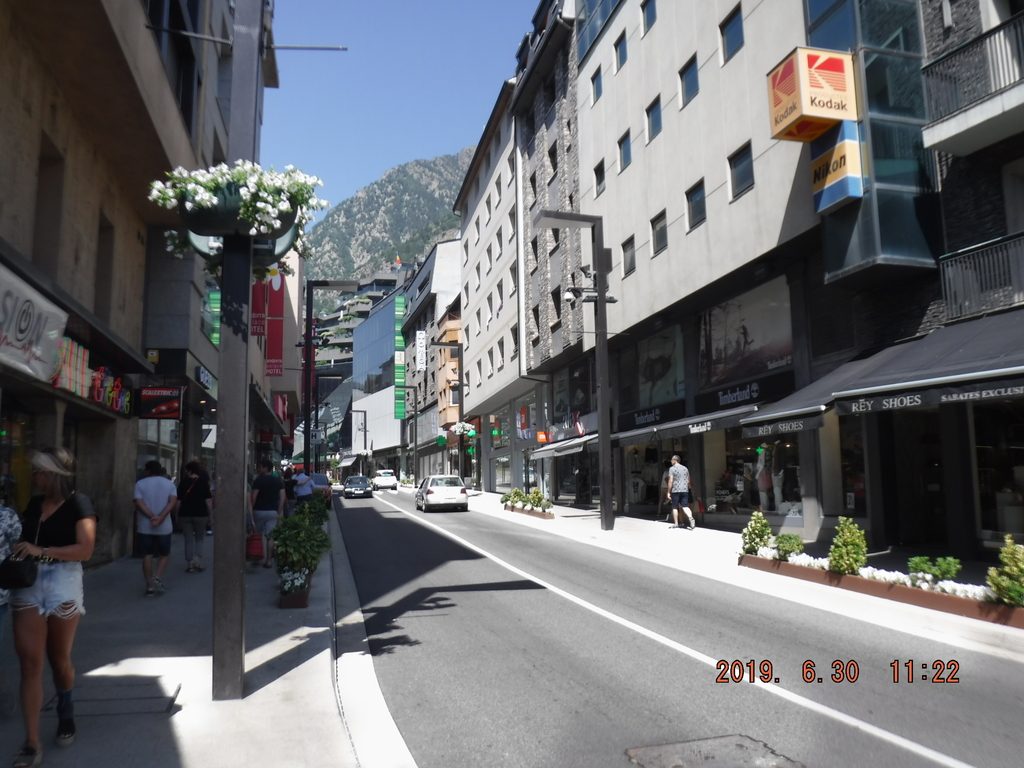 So we went for lighter shopping, not lifting. 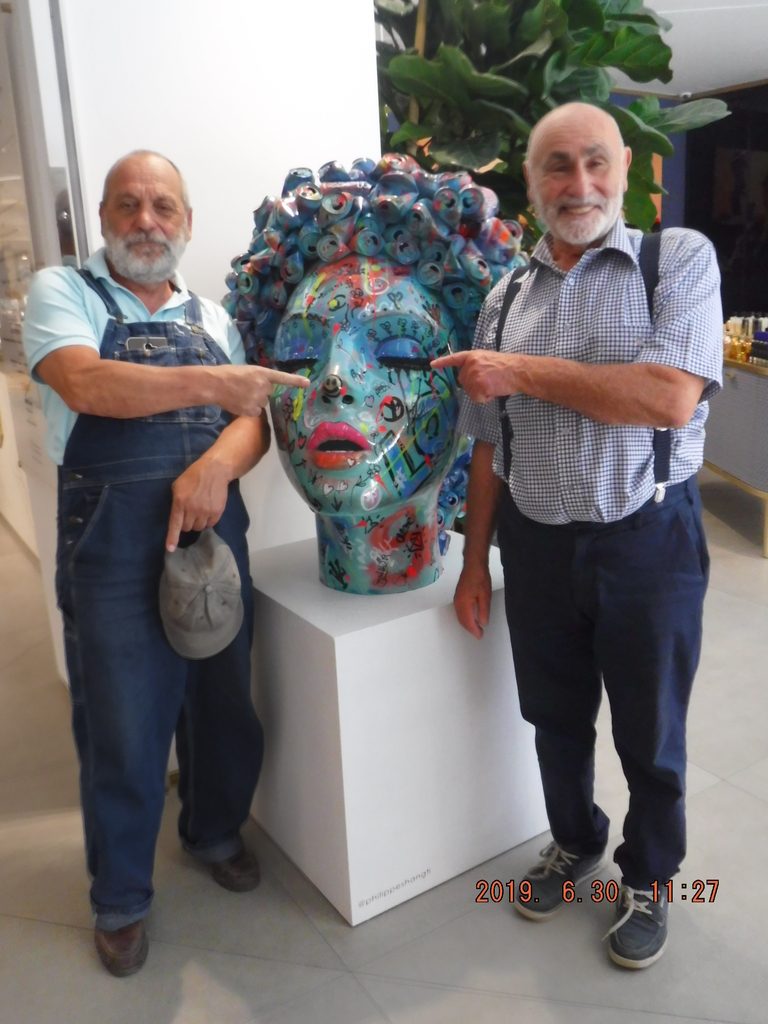 Magnificient piece of Art. Magnicicient, may be but not for me! 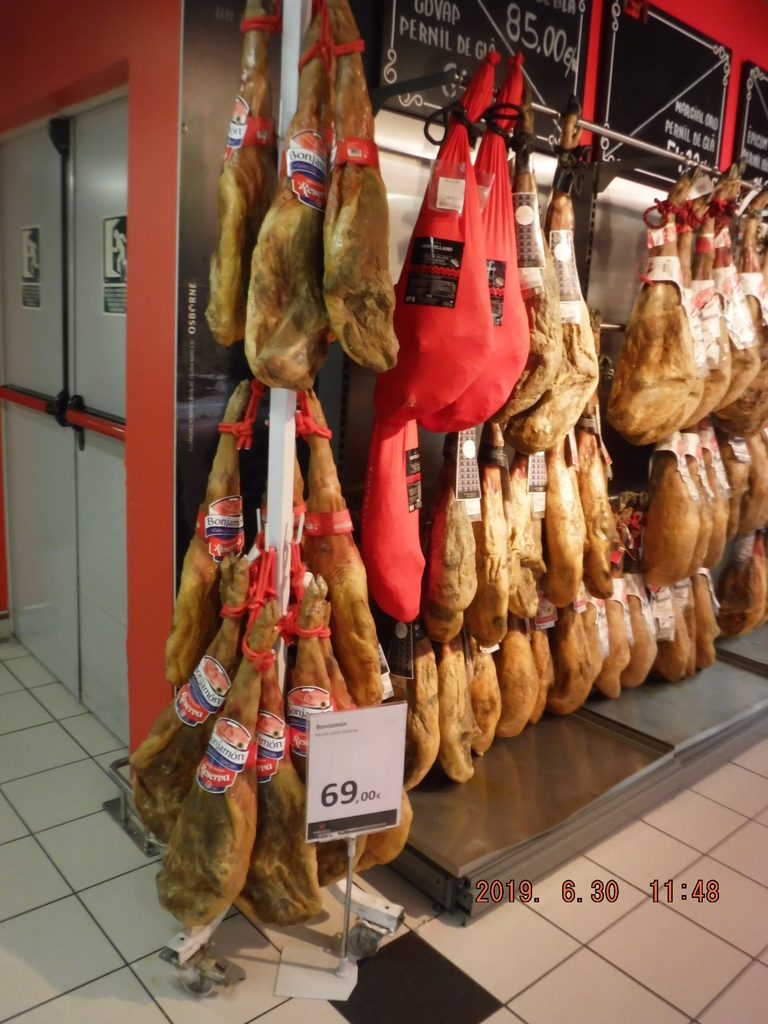 Cured Ham the Spanish way. Delicious, prices range from $100 to $600. Not sure I can taste the difference.

Tomorrow morning the Tour de France continues with Biarritz in sight.
Philippe, are you ready?